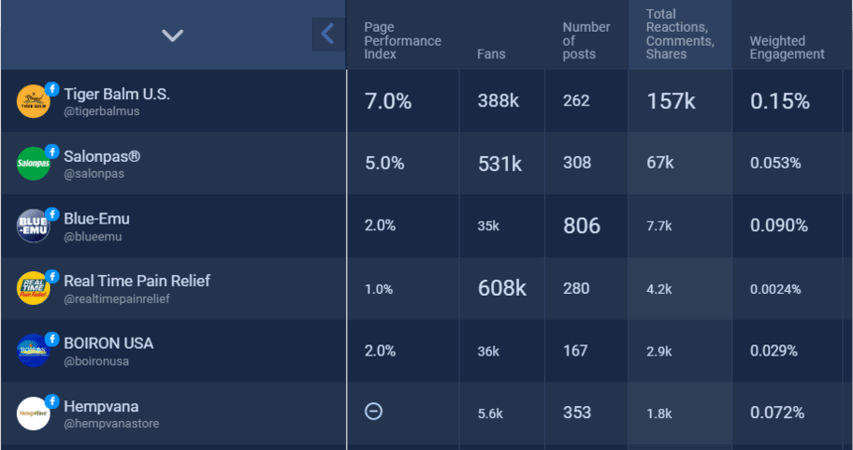 Check out some success stories from my clients.

Challenge: In 2010, the Tiger Balm brand of topical pain relief products was being heavily outspent in advertising by larger competitors. The company’s marketing needed reenergizing, but it couldn’t compete dollar-for-dollar. It was decided that social media could be leveraged to raise brand awareness and loyalty for a fraction of the cost of traditional advertising.

Results: For more than a decade, Tiger Balm U.S. social media earned more fan engagement than any of 18 (eighteen!) competitive U.S.-based pain relief brands. Total fan engagement during that time was 50% higher than that of the closest competitor. Roar!

Challenge: Tiger Balm Canada sells topical pain relief products in Canada where it competes with five Canada-based brands and three major multi-national brands, It needed to raise consumer awareness against these more established competitors, but it didn’t have the budget for a large ad campaign.

Solution: Impressed with my work with Tiger Balm U.S. (previous slide), Tiger Balm Canada asked me to do the same for them – utilize low-cost social media to spread its message to consumers, and try to gain a foothold against the competition.

Results: Ever since I launched Tiger Balm Canada’s presence on Facebook and Twitter over eight years ago, the brand has leaped ahead of the Canadian-based competitors and is a player with the two multi-national competitors. In fact, when measured against the five Canadian-based brands, Tiger Balm Canada has received 79% of all likes, comments, and shares on Facebook over the past eight years. Roar, eh?

Challenge: eb5 Skincare specializes in anti-wrinkle skin care products and originally targeted its marketing efforts toward older consumers. However, the company wanted to expand its user base by raising awareness among a younger audience.

Results: Dozens of positive reviews touting the company’s products, and more than 18 million social media impressions over a nine-month period. A smooth entry into a younger demographic.

Challenge: CSE Insurance Group primarily sells home and auto insurance to civil service employees. The company’s social media had never been given the attention it required to be successful. A search was on for a new hire who could make it a priority, but the company needed some immediate help until that new employee could be found.

Solution: I managed the company’s Facebook Page for five months, establishing a sustainable content strategy, a polished look-and-feel for visuals, a consistent posting schedule, and speedy response times to Fans who interacted with the page.

Results: Compared to the previous five-month period, total engagement increased 225%, a rate hike that everybody was pleased with.